Should we even die?

Technology has brought many great things to our society. It also brought us challenges we never faced before. The revolution we are experiencing, the one that started a few decades ago, will shake humanity to its very core.

In 1965, Intel's founder Gordon Moore comes up with what will be later known as Moore's law. Moore predicts that integrated circuits power grows exponentially. For the same cost, that power should double every 18 months. That prediction has actually stayed true for more than 60 years. Even Moore himself thought his law would be dead by 1975... Transistors' size has gotten incredibly small, and microprocessors has become incredibly powerful.

If Moore's law is so important, it is because those tools directly affect the calculation capacity of computers. This power opens up a lot of possibilities. Reading our DNA, chromosomes sequencing from extirpated species are only a fraction of what we can envision in the future.

Over the millenia, Humanity created countless religious systems. They all had one similarity: they had creatures and creators. We are the creatures. Creators are represented as gods or spirits. Humans were seen as inferior. Times are changing.

The crazy technology progress we've seen in the last decades made some fantasies not so insane anymore. The concept of a God-man (Homo-deus, as Yuval Noah Harari would call it) might become a prediction.

Our species would do what only gods were supposed to do. Manipulate and create life, control our genome, program our brains and kill death... IA transforms science-fiction into science.

Life expectancy has more than triple in three centuries. From around 25 years old in 1750 to more than 80 years old today. There is an undeniable biological barrier to what our bodies can handle. Jeanne Calment, the oldest person who ever lived, died at 122 years old. That seems to be a natural limit. Which means that if we want to go above that limit, we must change our biological nature. Nanotechnologies and biology will merge to transform our doctors into life engineers.

Living longer, or forever, will come, if it comes, at the cost of redefining humanity. The fight between transhumanists and bio-conservatives will be a long one. One that bio-conservatives might have already lost.

The quest for immortality will bring legitimate oppositions. However, the easy part is over: convincing the public that death isn't inevitable anymore. 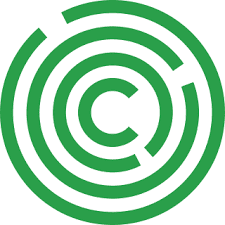 Google has created Calico in 2013. I'll let the description on their website speak for itself:

Calico is a research and development company whose mission is to harness advanced technologies to increase our understanding of the biology that controls lifespan. We will use that knowledge to devise interventions that enable people to lead longer and healthier lives. Executing on this mission will require an unprecedented level of interdisciplinary effort and a long-term focus for which funding is already in place.

Their goal is to make humans live longer. A nice way to say they want to make dying something of the past.

Going over the limits of our bodies, surpassing the life expectancy our poor, weak anatomy allows suppose to modify profoundly our nature with heavy technological surgeries. We also need to maintain our brains in a plastic state. How good it would be to live forever with a non functional brain.

The last part of the biological immortality is to avoid the universe's death. How can we truly be eternal if the universe we live in comes to an end? According to some models from astrophysicists, the cosmos destiny is apocalyptic. Heat death, Big Crunch, Big Freeze... these are some of the scenarios possible. Does humanity's existence have any sense if there are nothing to show for it in the end, when our universe is no more?

For transhumanists, this is a rational goal and the last frontier to insure our immortality. However, biological immortality is still uncertain and far away. The first results from Calico are not expected before 2030. Which, for rich geek billionaires, is too far away. This is why digital immortality is something they also pour their money into.

How would digital immortality look?

In the 2030s, we are going to send nano-robots into the brain (via capillaries) that will provide full immersion virtual reality from within the nervous system and will connect our neocortex to the cloud. Just like how we can wirelessly expand the power of our smartphones 10,000-fold in the cloud today, we’ll be able to expand our neocortex in the cloud.

Basically, Kuzweil predicts we will be able to connect to the Internet with nano-robots implanted in our brains.

In 2016, Elon Musk created Neuralink. The company develops what they call implantable BMI's (brain–machine interfaces). Musk explained that the goal is to achieve symbiosis with AI. These implants could also be used to extract real memories from our living brain.

That would be the end of humanity as we know it. This ultimate goal is again predicted, or wished?, by Ray Kuzweil. He is convinced we could transfer our consciousness into microprocessors by 2045, which would allow our mind to survive our biological death. We would become cyborgs.

To some transhumanists, the body is an obstacle we will have to tackle one day. They promise us a digital immortality, more virtual than real. 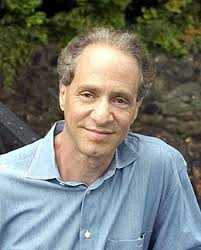 Ray Kuzweil, the Death Star of the Death.

Transhumanism is on its way. It comes with a myriad of promises, but also countless of issues. Big tech companies are behind this movement, throwing big money to help the human condition. We know better not to trust those entities with such important matters. This is an issue that needs to be debated in the public space. We can't allow rich white dudes from Silicon Valley develops such technologies without accountability.

In a few years, we will have change our relationships towards death, knowledge, intelligence... But, in our quest for immortality and never-ending progress, we fail to think about the next civilisation we would be creating.