Words have meaning and power. How we name things is important, how in tech, it's not just important to name your variables. 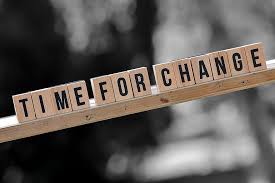 Edit: The git's master is historically tied to the master/slave denomination. It got the name from BitKeeper.

Edit 2: Github is looking to replace the word master

Words matter. The words we use to define concepts have a lot of importance, even in our tech environment. Git is one of those environments where the word master is still used. But, it's not that complicated to take it away. We have to do two things:

Let's start with the first point.

Replacing master from your existing projects

First off, we have to change our master branch locally.

I have here a project with a master branch. I'm running git branch -m master principal to rename my master branch into the principal one. This command keeps the history of the branch, so you won't lose anything!

Note: I chose to rename the branch as principal. You can choose another name if you wish. It has to make sense for you and your team.

Running git push -u origin principal updates the remote repository by adding the principal branch. The -u flag also sets the upstream.

Change the default branch on Github

And you are done! If you run git log inside the principal branch, you will see that the history is intact!

We started on origin/master and it properly show that we are on principal now!

What if someone has a local clone of this repository, how would they correctly update their clone?

This tweet right here explain you how. These are the commands you would have to run:

Note that the tweet uses the word main to replace master. Just replace it in the commands with the name you chose.

What these commands do:

When you run git init, the default branch is master. There are two ways to change that:

You can set up an alias that would run git init while having a other default branch name:

Running the above command would allow you to use git new and it would have the principal branch as its default.

You can modify this command of course. Notice the alias.new, this can be change to alias.initialization for example, or whatever command you would like to make. Of course, you can also modify the principal name to fit your needs.

We can configure our git to change the default branch.

When you run git init, the whole contents of the templateDir is copied into .git.

You can now run git init and you will have the branch principal as its default!

Of course, you can change principal to another name if you wish.

I've chosen to use the word principal to replace master here. Here are other words you can use:

Replacing the master branch from git