A case for positive language 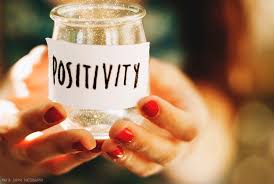 Language is important, really important. How we express our ideas and our desires has a big impact on how our words will be received. Positive statements get more quickly received by the audience, but they are also well-received.

Which of these would you like to hear better?

Ok, back to our software things. The reason I got to think about this was because of git blame. Isn't it kind of strange that they went with a negative word such as blame for the command?

Here is the definition for blame:

feel or declare that (someone or something) is responsible for a fault or wrong.

responsibility for a fault or wrong.

Ew, that's not really joyful. But what's the point of the git blame command anyway?

According to the git documentation:

So, git blame tells you who wrote what code in a specific file. But there are no mention that it's to find a fault or wrong doing. We just want to find who wrote some code!

Why go with negative language when we could have something positive?

Here is the definition for credit:

publicly acknowledge a contributor's role in the production of (something published or broadcast).

Well, that's a lot more positive! Maybe I want to find who wrote that code so I can congratulate her on such a beautifully crafted piece of engineering.

You know who wrote that 6 months ago?

You. You did. Give yourself some credit you rockstar ❤

Turns out it's not that complicated if you are some weird person like me who likes to use positive language in your git commands. We can use some alias!

All you have to do is run this command:

Now, git credit does the same job as git blame!

It's a tiny tiny change. But it makes me feel happy to use positive language whenever I can 😄